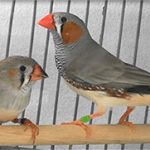 , Assistant Professor of Psychology, along with collaborators Dmitriy Aronov (Columbia University) and Atsushi Miyanohara (UCSD) have received a two-year award of $155,000 for their project “Use of optogenetics to identify the effect of social interaction on the development of vocal learning circuits”. Optogenetics involves genetic manipulation which provides neurons with light sensitive activity. This project will create two lines of optogenetic songbirds allowing external control of gene expression related to learning of songs. In addition it will construct a computer tracking facility to monitor the social interaction of the birds as they learn songs from their parents. The research will explore the influence of social interaction on learning in songbirds. 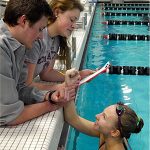 , Lecturer in Psychology and Neuroscience; Krista Ingram, Associate Professor of Biology, and Jenn Lutman, Director of the Writing and Speaking Center, have received a two year award of $24,342 for their project: “The Paradox of Peak Performance in Elite Scholar-Athletes: Disentangling Circadian and Sleep Effects on Effort and Performance.” This project explores the genetic basis of time-of-day variation and impacts of circadian rhythms on physical and cognitive performance. In particular, genetic variations which influence circadian rhythms predict that some people are naturally night-owls or morning larks. This work will quantify the associations between these genetic markers, sleep quality, and performance by time-of-day.

Enrique Galvez, Charles A Dana Professor of Physics, and his collaborators Robert Alfano (City College of New York) and Linyan Shi (Columbia University) have received a two-year award of $82,000 for the project “Biomedical Diagnosis with Quantum Entanglement”. The project explores the diagnosis of medical tissue using quantum entanglement. Quantum entanglement of twin photons allows monitoring photons going through tissue by measuring partner photons outside the tissue. This has promise as an alternative method to detect disease and to do noninvasive imaging.