By Department of Sociology and Anthropology on April 15, 2019

Application is now open for the international School of Archaeology in Abruzzo (Italy)-2019 summer program, organized by University of Pisa (Italy).

The school program arises from the desire to offer students, from all over the world, the chance to participate in current research, allowing them to live an important experience of personal and professional grow. Our aim is to increase awareness and competencies of the students about archaeological and methodological issues through an intensive four weeks program of lectures, laboratory experience and field activity.

The program offers its participants a diachronic (multi-period) approach to the study of archaeology, by giving students the opportunity to learn and work in two different excavations sites (Rio Tana: Neolithic site; Alba Fucens, roman site), where they will gain the skill and a deeper knowledge of the archaeology from the prehistoric to the roman period.

School Partners: Superintendence of Archeology, Fine Arts and Landscape of Abruzzo, University of Foggia,  ICCOM-CNR U.O.S. of Pisa and INGV of Rome.

Where: the school will take place in the area of Fucino in Abruzzo, a region of central Italy

To Apply: please, register on https://www.unipi.it/index.php/humanities/item/3895-summer-school-of-archaeology

Each participant will earn 10 undergraduate credits and an official certificate of participation by the University of Pisa.

For more information and to apply visit our:

By Department of Sociology and Anthropology on April 15, 2019

Dacia (i.e. modern historical Transylvania) was, arguably, the most important frontier of the Roman Empire: its gold and silver sustained the collapsing imperial economy for two centuries. However, the “imperial idea” on the Eastern European Provincial frontier was more complex than Rome ever expected it… and it even outlasted the idea of Rome itself. Local Roman Provincial realities, born out of economic, cultural, social and political creolization, constant and dynamic negotiation of power, and shifting populations, have outlived the ideological centers that have claimed historical ownership of these regions, creating their own distinct expressions of identity.
Our programs offer a very extensive approach to the anthropology and archaeology of Roman frontier environments, through field work, laboratory analysis and lectures. Our participants will be able to experience several field approaches, ranging from Classical excavation, anthropological site exploration, traditional STP (shovel test pit), and various surveys. Our programs provide an anthropological and scientifically integrated approach to a Classical site, in a very complex environment, in a region fundamentally important to our understanding of European genesis.

By Department of Sociology and Anthropology on March 4, 2019

By Department of Sociology and Anthropology on March 1, 2019

Bobae Kang was the last of the combined SOAN majors in the department as he took a few years off from college to go back to Korea for completing his duties in the Korean army. Once back, Bobae majored in SOAN and received high honors in his thesis. Read about where Bobae is now and his continued successful accomplishments since graduation! http://news.colgate.edu/2019/02/alumni-memorial-scholar-bobae-kang-16-on-his-post-graduation-path.html/

By Department of Sociology and Anthropology on March 1, 2019

Want to ask a politician a tough question?  Good luck.
Alicia Simmons, associate professor of sociology at Colgate University, explores why it’s difficult to ask hard hitting questions these days. Read or listen to her response on The Academic Minute.https://academicminute.org/2019/02/alicia-simmons-colgate-university-politicians-and-dissent/

By Department of Sociology and Anthropology on December 6, 2018 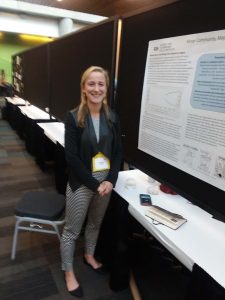 Georgia informs us she “is currently at the Science and Technology Policy Institute (STPI) which supports the White House Office of Science and Technology Policy as well as other federal agencies. I was presenting this poster as a case study from a project we conducted at the office. I found it fascinating that there was so much identity formation playing into the coal mining communities in West Virginia. “

END_OF_DOCUMENT_TOKEN_TO_BE_REPLACED

By Department of Sociology and Anthropology on November 29, 2018

Sociology Professor Janel Benson is a member of the ABC (A Better Chance) board in Fayetteville- Manlius.  13 students enrolled in her Community Based Research Course in spring 2018 partnering with ABC to create videos telling the story of ABC while introducing viewers to the scholars.  The videos are being used as a fundraising tool for the organization.  It also yielded a fundraising grant of $3,000 from the Lockheed Martin Federated fund for the program.

The Fall ABC Newsletter highlighted the class effort.  For more information about ABC visit their website at https://www.fmabetterchance.org/

Exploring San Francisco with a Sociological Lens
by Trey Spadone ’20

What happens when you send thirteen students and one professor to the city of San Francisco? 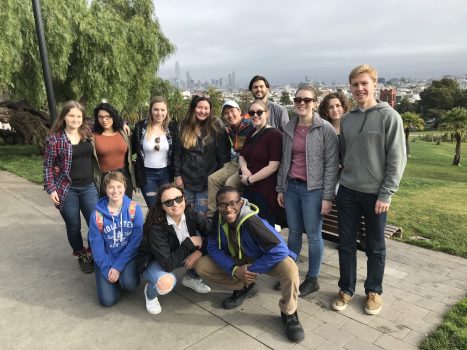 During the fall semester, my peers and I took SOCI 224 or Immigrant and Sexual Cultures in San Francisco. Our reasons for applying varied, but in some way or another we all were interested in how gender, race, class, sexuality, religion, and citizenship status create identity-based communities in the various districts of this global city. Some of us knew each other from our first-year, Washington, D.C. excursions, and even middle school, but everyone had at least one person they didn’t know. Living, learning, and traveling are the core aspects of the Sophomore Residential Seminars program. My class embraced these goals and became rather close because of it.

The class was an Intergroup Dialogue (IGD) course which meant we were expected to deeply engage with each other. A lot. At first, there was natural hesitation to discuss our identities and the complexities that make us who we are. However, as time passed we began to become more comfortable with each other and were able to more freely discuss the good, the bad, and the ugly. Maybe it was because we had seen each others’ just woke up look, but I also think it had to do with the fact that everyone felt committed to the class and committed to each other. We all made the conscious decision to join the program and wanted to get the most out of it.

Memories were made in San Francisco that I will cherish for the rest of my life. Before we left, each of us researched a neighborhood in the city and a site that is focused on social justice in that neighborhood, so we each facilitated discussions on everything from gentrification, to the importance of independent bookstores, to ending homelessness, preventing suicide, liberating sex work, cultural preservation, and sustaining LGBTQ communities. Then we went to see what we researched. We gazed at beautiful murals in the Mission, took a Tai Chi class in Chinatown, and visited the ruins of the Sutro Baths in the Richmond/Sunset District.

We also had the opportunity to meet so many individuals whose stories and words really inspired me. We spoke with Krissy Keefer, a dancer, choreographer, activist, and co-founder of Dance Brigade the nation’s first feminist dance troupe. We visited San Francisco’s Tibetan Cultural Center and learned about the work they are doing with Tibetan-American families to preserve their heritage. We attended a service at social-justice focused Glide Memorial Church where we celebrated life, sang together, and heard a sermon about the white-washing of MLK Jr. Being a part of SRS San Francisco has truly been a rewarding and moving experience and I am so thankful for every part of it. 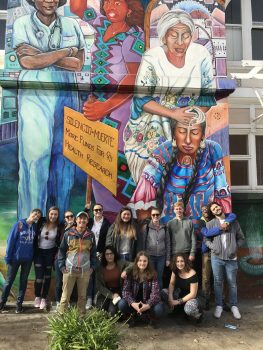 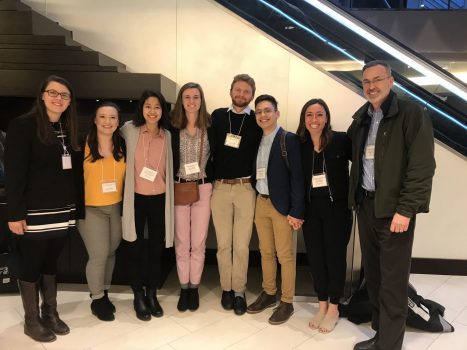 When the SOAN Department developed our new major in Sociology, we created a year-long seminar for students pursuing honors in the SOC major.  This year I have the great privilege of working with seven Sociology students, who have been stuck with me since last August.  Before Spring Break, we took a road trip to Baltimore for the 2018 meeting of the Eastern Sociological Society, a regional conference that brings together sociologists from throughout the eastern U.S.  The students each created a poster about their thesis topics and participated in a poster presentation session at the ESS meetings on Friday, February 23.  Each student shared the preliminary results of their work with attendees at the conference and had a chance to sit in on some of the other panels and lectures held at the meeting.  Once back on campus, the honors crew did it all over again for a poster session held in the SOAN lounge on the fourth floor of Alumni Hall.  Please stop by the lounge to see the results of their honors work!

Many thanks to Colgate’s Office of Undergraduate Research, the Office of the Dean and Provost of the Faculty, and the SOAN Department for support of our trip to Baltimore! 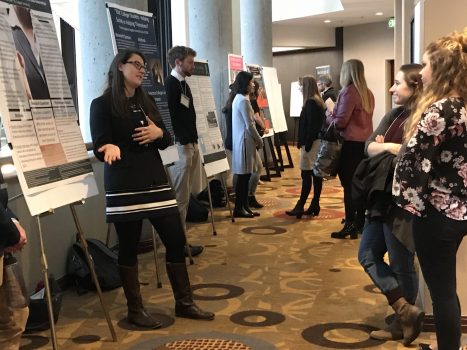 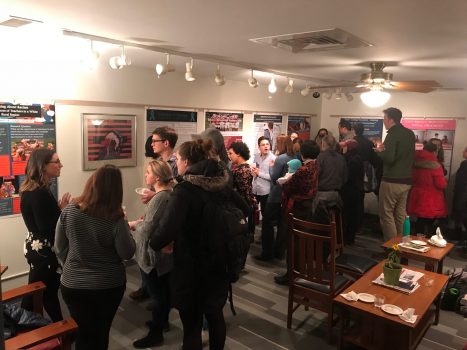 SOC Honors students present their thesis posters back on campus, in the SOAN lounge.

By Department of Sociology and Anthropology on March 5, 2018 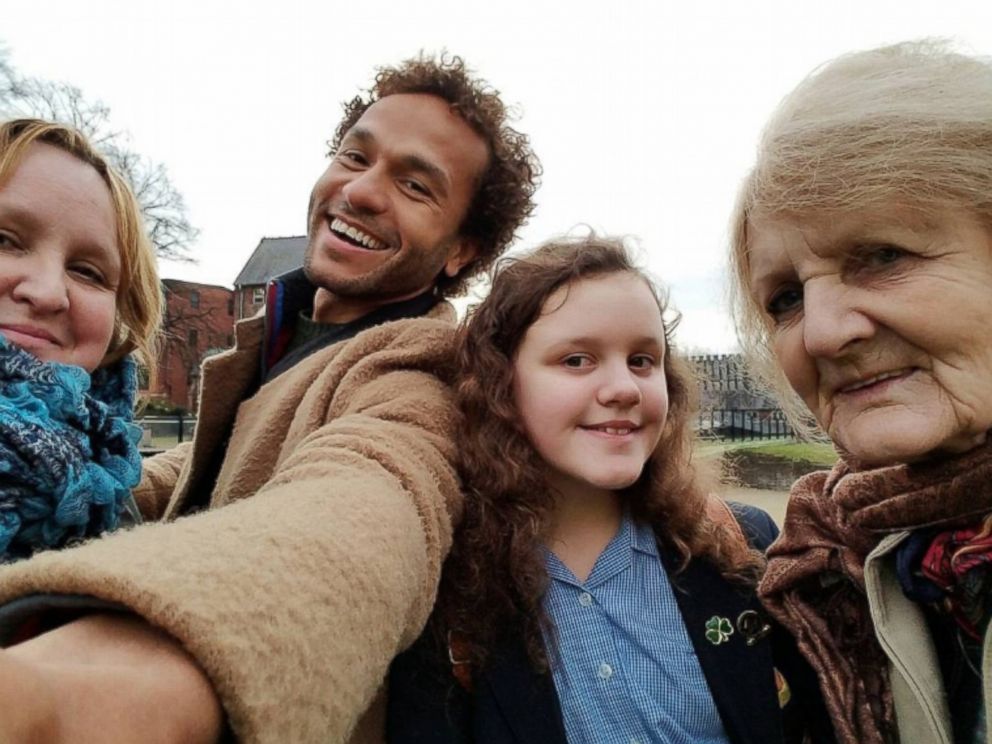 Colgate has announced that one of its  Honorary Degree Recipient at the 2018 Colgate Commencement in May will be Sian-Pierre Regis. Regis graduated with honors in Sociology and Anthropology in 2006.  Since his years at Colgate, he has become an award-winning journalist, on-camera personality, and cultural critic.

Regis is founder of Swagger, an online cultural magazine and social media presence for millennials. He has also worked as a social responsibility and eco-consciousness correspondent for MTV News and an on-camera contributor to CNN Headline News. In 2008, Regis created YOU(th) VOTE!, BET Networks’ award-winning multi-platform voting initiative. He was the keynote speaker for the graduating Class of 2018’s Sophomore Connections career exploration program.

Regis is currently producing the documentary, Duty Free. The film follows the story of his mom, a 76 year old woman who, after being fired from her job, goes on a bucket list adventure to do all the things she never had the time to do.