This post was submitted by Dr. Kristin De Lucia, an archaeologist joining SOAN this year. 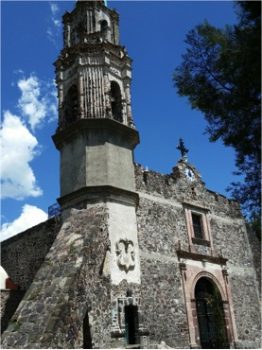 Figure 1: A view of the Church in Xaltocan, Mexico.

This summer we are excavating in the courtyard of the 16th century church in Xaltocan, Mexico, a pre-Columbian regional center that rose to power long before the emergence of the Aztec Empire. The project is co-directed by Colgate Anthropology professor, Kristin De Lucia, and Enrique Rodriguez-Alegria, professor at the University of Texas at Austin and is funded by the National Science Foundation. Although the project directors have worked in Xaltocan for many years and have conducted excavations in various locations across the site, they had always wondered what lay under the church, which is elevated over the adjacent streets.

Following the Spanish conquest of Mexico, the Spanish frequently built churches over Aztec pyramids. The construction of churches over Aztec pyramids was a form of ideological domination, one of the many mechanisms of conquest, but it was also practical—many sites in the Basin of Mexico (including Xaltocan) were constructed on lakebed and lacked firm land for the construction of large buildings. Aztec pyramids provided a steady surface upon which to build large stone churches. Xaltocan was once an island in the middle of Lake Xaltocan and therefore the site lacks soild ground. One of the goals of this years invesigation is to discover if an Aztec platform may have provided a solid foundation for Xaltocan’s church.

Unfortunately, whatever foundation underlies Xaltocan’s church, it is not adequate. Due to uneven settling, the roof is splitting apart and church walls are starting to fall. The town has gathered help from architects, engineers, and archaeologists to attempt to save the rapidly deteriorating church. The condition has become so extreme that the town has closed all roads surrounding the church to prevent vibrations from further exacerbating the condition. Unfortunately, the town lacks adequate funds to fully restore the church and current efforts are focused on preventing further deterioration. If you would like to help, please contact kdelucia@colgate.edu. 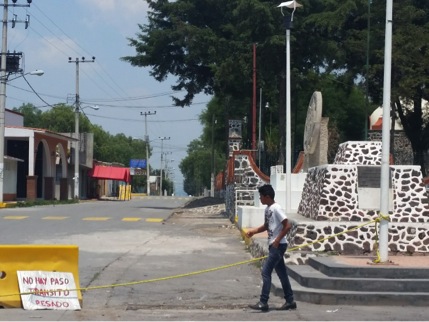 Figure 2: Roads surrounding the church have been closed to traffic to prevent further deterioration.

To minimize destruction and to more fully understand what is below the surface in the church courtyard the project directors collaborated with a team from the Universidad Nacional Autónoma de México (UNAM)’s Instituto de Investigaciones Antropológicas Laboratorio de Prospección Arqueológica, including Agustin Ortiz Butrón, Jorge Blancas, Martin Zipoli and Luis Barba to conduct a subsurface survey using Ground Penetrating Radar (GPR). Subsurface survey techniques, like GPR, allow archaeologists to look under the ground without having to remove any dirt. This technique is especially useful for our excavations surrounding the church since it is still actively used and we want to minimize disruptions to community functions and activities. The GPR sends electromagnetic waves through the subsoil to construct a profile of the subsoil.   The maximum depth that the machine can reach is about 2 meters. Because archaeological remains in Xaltocan are often deeper than 2 meters, it is also necessary to conduct archaeological investigations to compare with the GPR results. 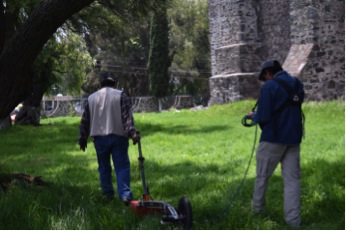 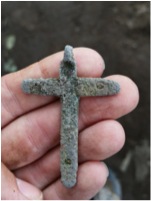 Excavations have been progressing rapidly and over the next few weeks De Lucia and Rodriguez-Alegría will be completing their investigations. As expected, given that the site is a churchyard, the team has encountered numerous burials. In prehispanic times, the dead were typically buried under house floors or in outdoor patios, however, during the colonial period, the dead were buried near the church or in cemeteries, which is typical for Catholic burials. The project has also been exposing colonial and pre-colonial walls and floors, as well as many artifacts including ceramics and stone tools. Keep an eye out for more updates from Xaltocan… 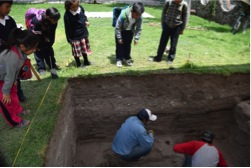